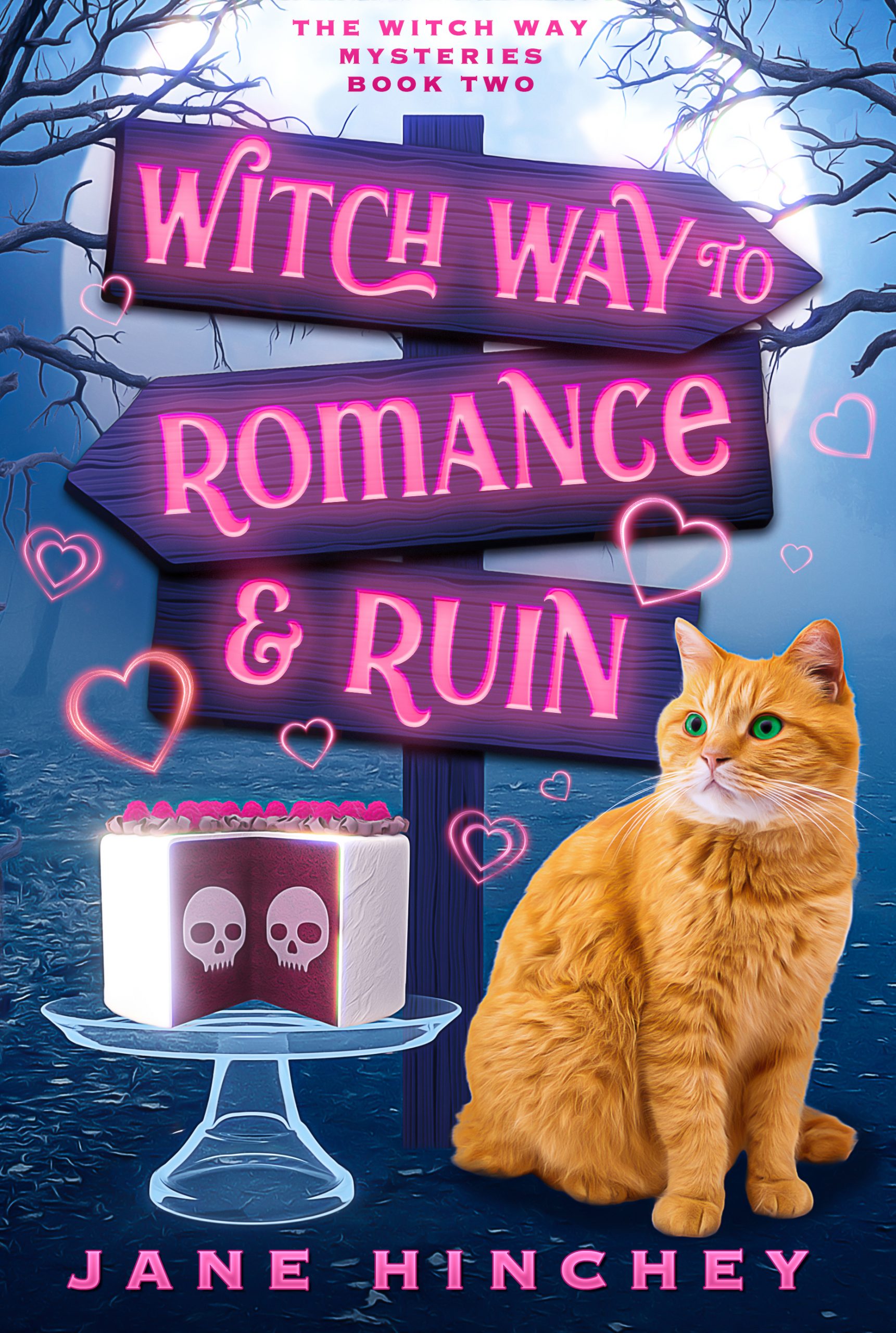 To win the Decadent Dessert’s competition, you have to crack a few eggs…

Gran is gearing up to finally take down the reigning winner of Whitefall Cove’s annual Decadent Dessert’s competition, only the former victor turns up dead, and Gran is the number one suspect. Now all eyes are on us. How on earth do I keep two feuding covens from outright war, prove Gran’s innocence, and keep my new bookstore afloat?

My budding friendship with Detective Jackson Ward is my only recourse, but first I need to get past the prickly defenses of his girlfriend, Police Officer Liliana Miles, and convince Jackson to let me in on the case.

Easier said than done when Gran is flirting up a storm with every male within a ten-mile radius and basking in the spotlight. The hot new lawyer hired to clear her name is not only mysterious but a distraction I don't need, and the witches are misbehaving trying to prove who has more power and spark, which begs the question, can we catch the killer before the next spell is cast?

This paranormal murder mystery will have you completely spellbound and laughing out loud!

More books in the series...

Join the fun filled adventures of intrepid witch, Harper Jones, and her cat, Archie, as they investigate the murders and mysteries that befall Whitefall Cove.