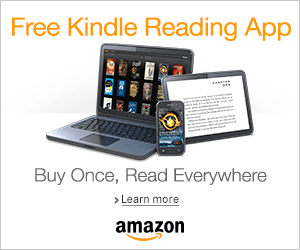 Enjoy this unedited, deleted scene from Shadows & Secrets...it's from our hero's perspective before I decided I was only going to write from Rae's point of view. Hope you like it, you can get a copy of Shadows & Secrets HERE.

The first time I laid eyes on her I knew. Mine. She was destined to be mine. I also knew I’d have one hell of a fight on my hands. Rae Shelton. I knew her file like the back of my hand, had listened as her Grandmother told me tale after tale about her beloved Granddaughter. But nothing could prepare me for the effect she had on me in person.

She’d stepped off the bus, disheveled, the wind blowing her hair off her face and my heart had stopped. I’d placed a hand on my chest just to make sure that I was still alive, that the strange feeling spiraling through me wasn’t a heart attack. Then the deputy had tackled her and I’d seen red, it had been all I could do to restrain myself and not beat him into next week. Deputy Chase Harvey was an eager to please idiot, and his boss, Sheriff Kevin Brady was no better. Rae had given Brady a run for his money in her youth before he was Sheriff, which was most likely why the local police force had decided to turn out and greet her in person.

And now, showered and changed into a skin-tight black dress and heels that made a man think of sin, she simply took my breath away – and that was no way to be feeling at a funeral. I’d let her walk away after our encounter on the porch because to follow her would have brought attention to the fact that I was physically aroused. Somehow I don’t think she’d appreciate it. Wrong place, wrong time.

My phone vibrated and I glanced at the screen.

“Hey Jordan, how’s it going? Is she there yet?” Nate was my boss at the SIA and a friend. He was in charge of things at HQ in Redmeadows and had assigned me the case here in Maxxan.

“Yeah, arrived a couple of hours ago.”

“And? She give you trouble?”

“Like you wouldn’t believe.” I sighed. Fated mates. She didn’t know, hadn’t sensed it, and ordinarily, that would have stung my pride, but given what had happened to her, what was done to her, I wasn’t surprised. She’d been tortured, experimented on, had almost died on more than one occasion. All at the hands of the Spirit Fields Psychiatric Institution. Their practices were barbaric and my heart hurt for what my girl had suffered through, alone.

“Why? What’s happened? Do I need to prepare a cell?”

I barked out a growl, “You are to never lock her up, you hear me?”

“She’s on board with it?” Nate pressed. I sighed, shaking my head, “No. She’s not aware, and I intend to keep it that way. It’ll be easier for her if she discovers …our connection… on her own. If I go to fast, try and force it, she’ll run.”

“You sound pretty certain of that.”

“I am. From what I’ve read in her file and what her grandmother told me, I feel I can predict with a reasonably high percentage of accuracy that she will run hard and fast if she suspects anything of this nature.”

Nate was silent for a moment and I heard him shift in his chair before asking, “what of the SIA? Has she agreed to join us?”

“Not yet. But we knew the idea of working with law enforcement wouldn’t thrill her.”

“And I know you, Jordan Buchanan, you’ve got a plan for every occasion and a contingency for every plan. Don’t tell me, I don’t want to know. Just…keep me posted about developments in the case.”

“Will do.” Disconnecting the call I stared at the lake behind Rose Shelton’s house. It was beautiful here, peaceful, and I hoped it would be just what Rae needs too – a haven, somewhere for her to heal and recover from her past. For I knew what was coming and I knew she would rebel, Rose and I had discussed it at length, but we were both in agreement. Rose wanted Rae home and I would do everything in my power to make it happen.