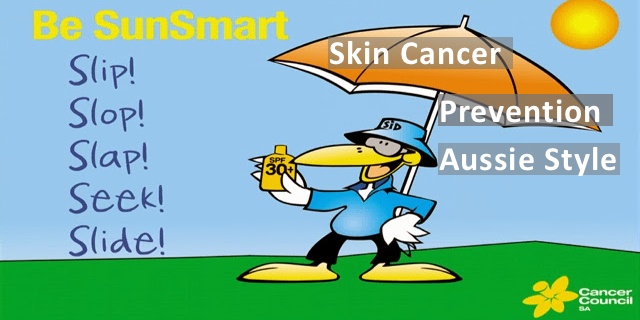 I went for my yearly skin cancer check-up in February - side note, I have a lot of moles and freckles...my skin is akin to a dot-to-dot! I also have a condition called Dysplastic Nevus syndrome - which basically means I'm at a slightly higher risk at developing skin cancer/melanoma.

It therefore wasn't a surprise that the spot of dried skin on my nose needed a little attention. It wasn't a mole, it was Actinic Keratosis - basically a pre-cancerous skin condition. It's one of those things that you can leave alone and do nothing, but considering my skin, and the fact that I've had over twelve moles removed over the years and all of them had cancerous or pre-cancerous cells, we decided it wasn't something I should ignore.

Efudex cream is a chemotherapy based drug and because I'd never even heard of it before this, I thought I'd share my experience with it.

Be warned. Graphic photos. No makeup!!! 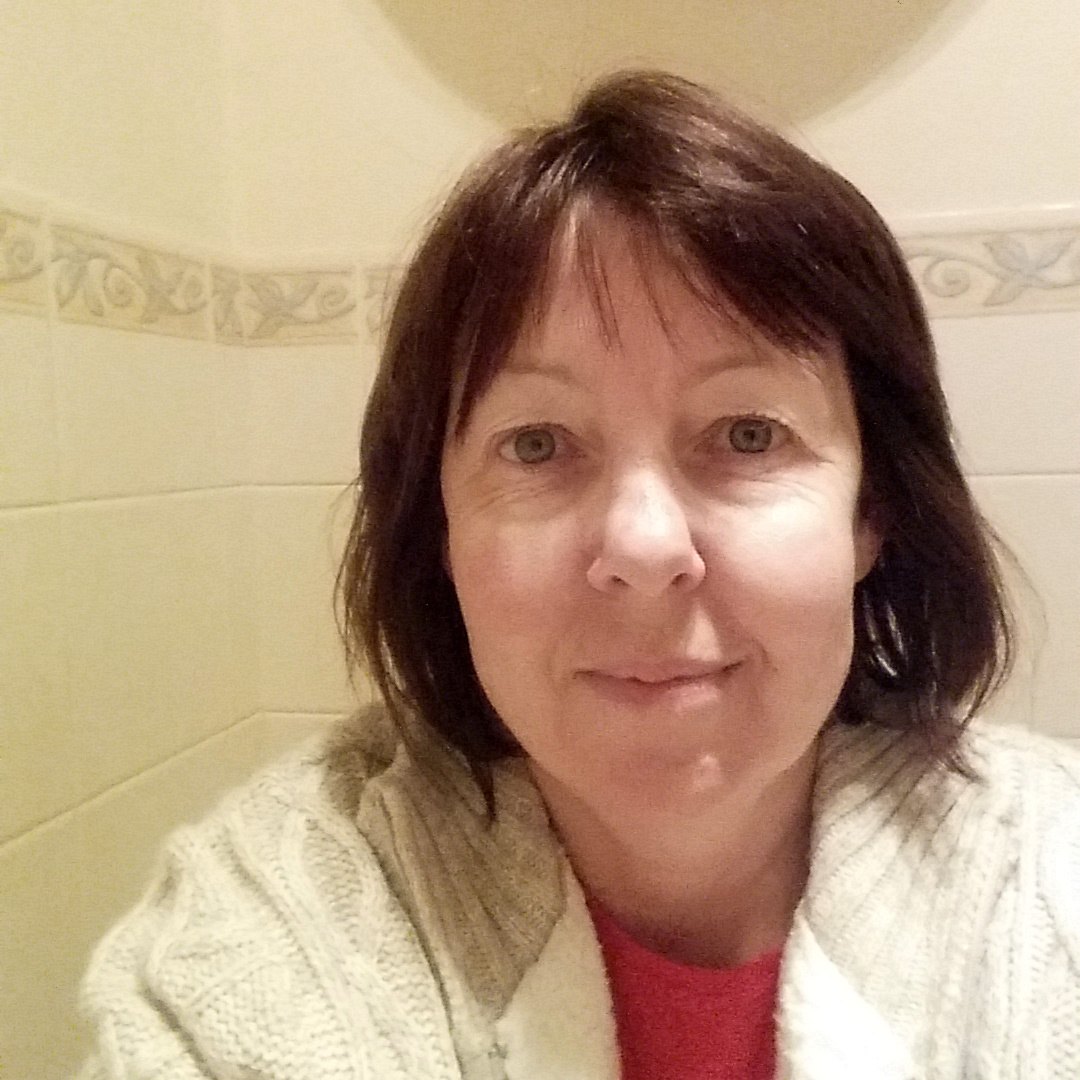 This is more the before shot than anything else. You can't really see the skin cancer spot on my nose, it's probably one shade darker than my skin tone.

Also, I took this pic in the bathroom - I thought the lighting would be better in here but turns out its shit.

I apply the cream twice a day, once in the morning, once late afternoon. I'm treating all of my nose, not just the one spot.

Not a lot happened for the first two weeks. I had a very slow reaction to the Efudex treatment. Most people react within the first week, but not me. I was starting to think it wasn't going to work at all, but eventually, on day thirteen, my reluctant skin decided to sport a reaction. 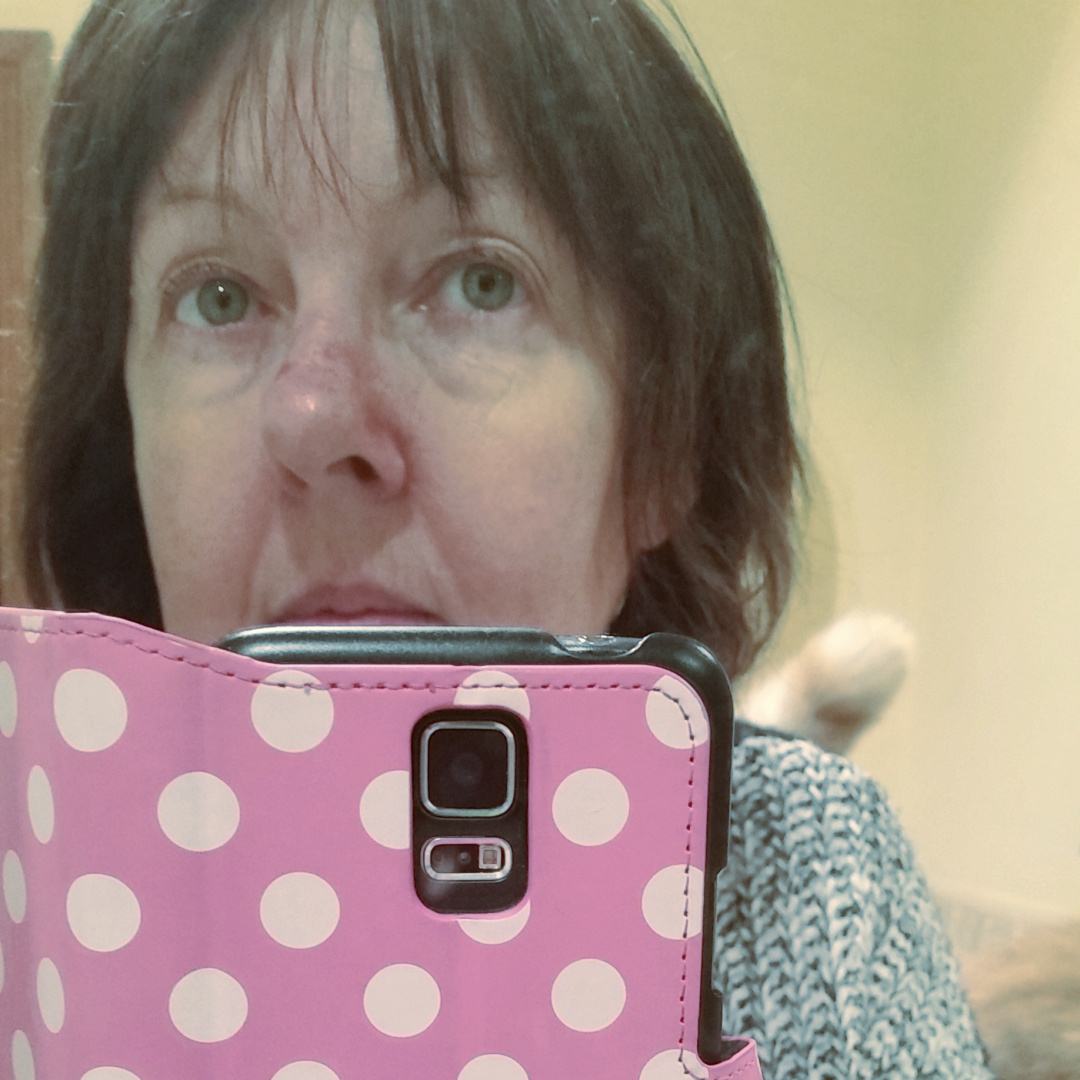 We have lift-off! I was actually excited to see some action. 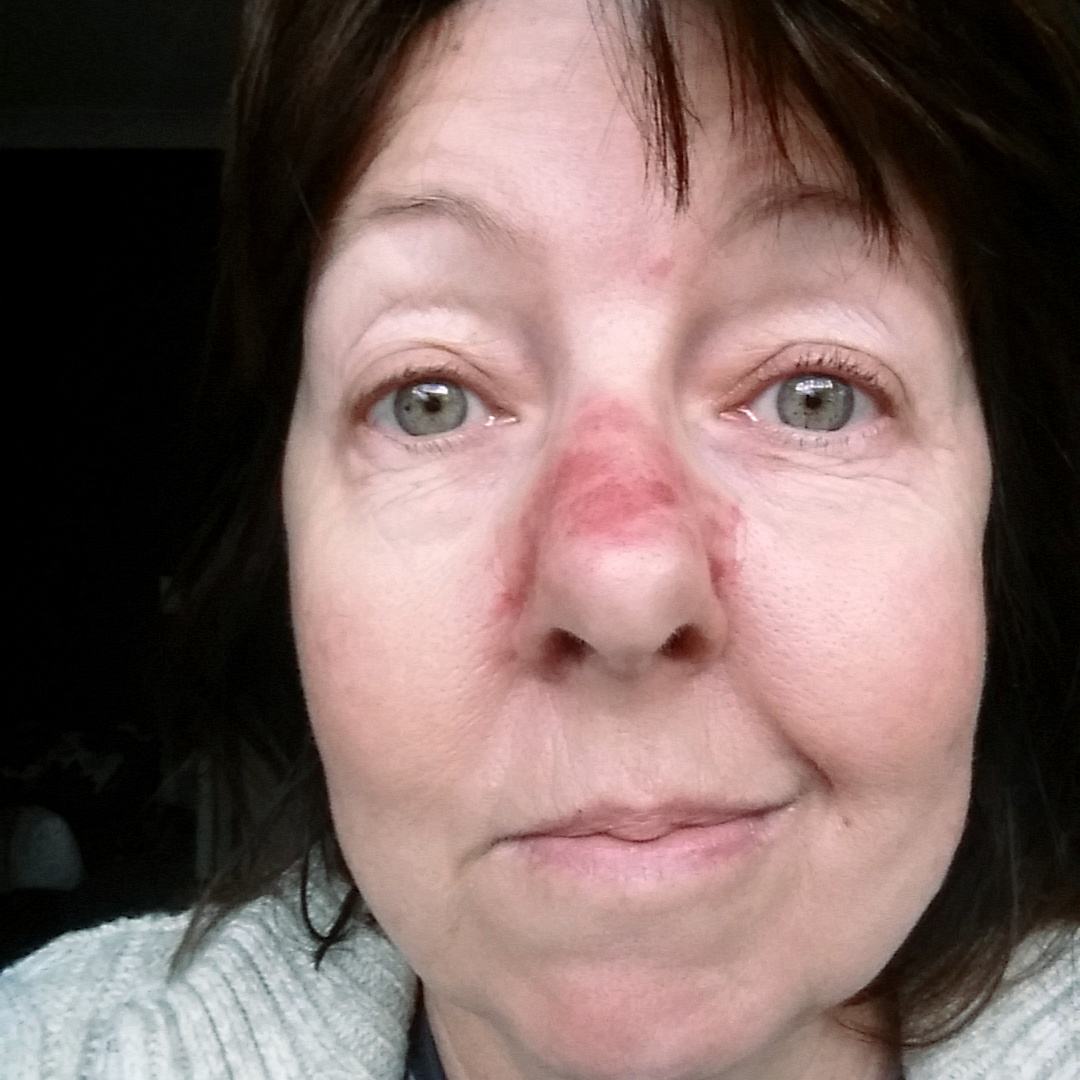 It's still slow going but more involvement. No pain, it doesn't hurt to put on the cream, no stinging or anything.

I have been having daily/frequent headaches (which is a known side effect) and fatigue has been a problem.

I did have one bad day with a massive headache that just wouldn't quit. So I spent the day in bed with the cats. Cuddling with the kittehs cures everything! 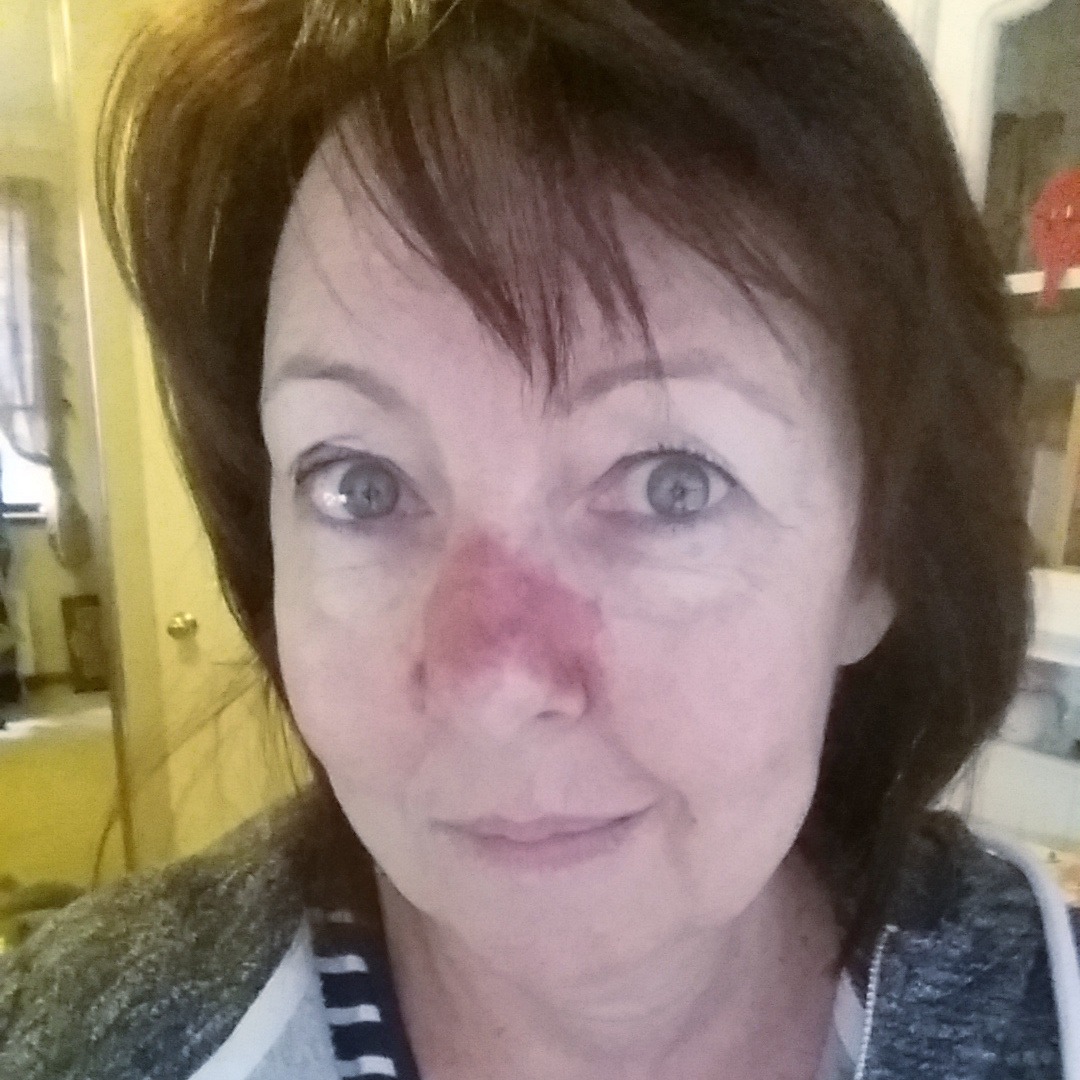 Very red now! The skin is dry and itchy but no scabs yet! Still applying twice a day.

Not much else to report at this stage, other than I'm sick of it. I was hoping to be able to stop using the cream by this point and allow the healing to begin, but we're not quite there yet. 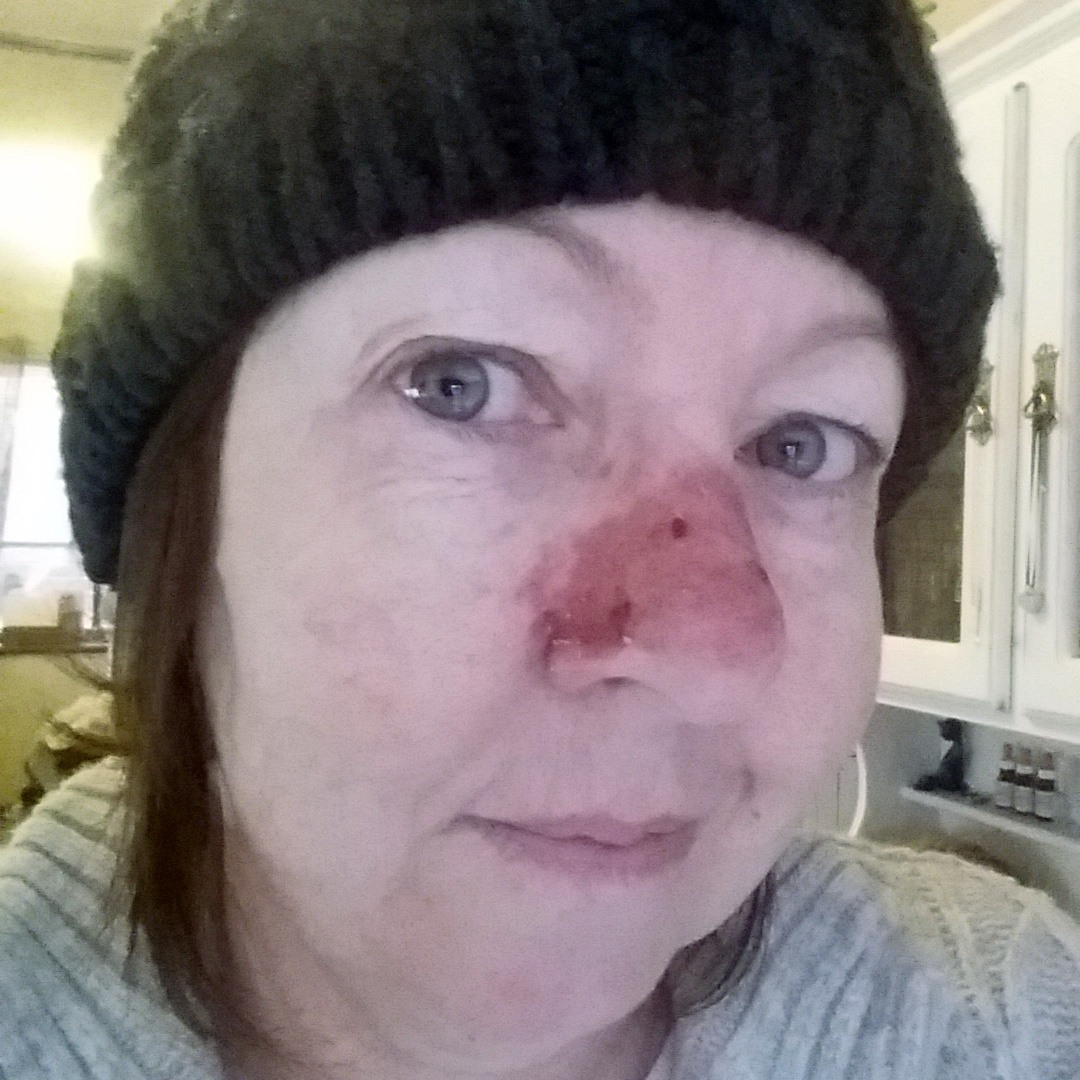 Crusty goodness. How sexy do I look, eh?

I've stopped the Efudex cream at this point and am applying moisturizer thick and fast to assist with healing.

Obviously I'm doing this in winter (hence the beanie - it was freezing this morning) to minimize sun exposure and people exposure! 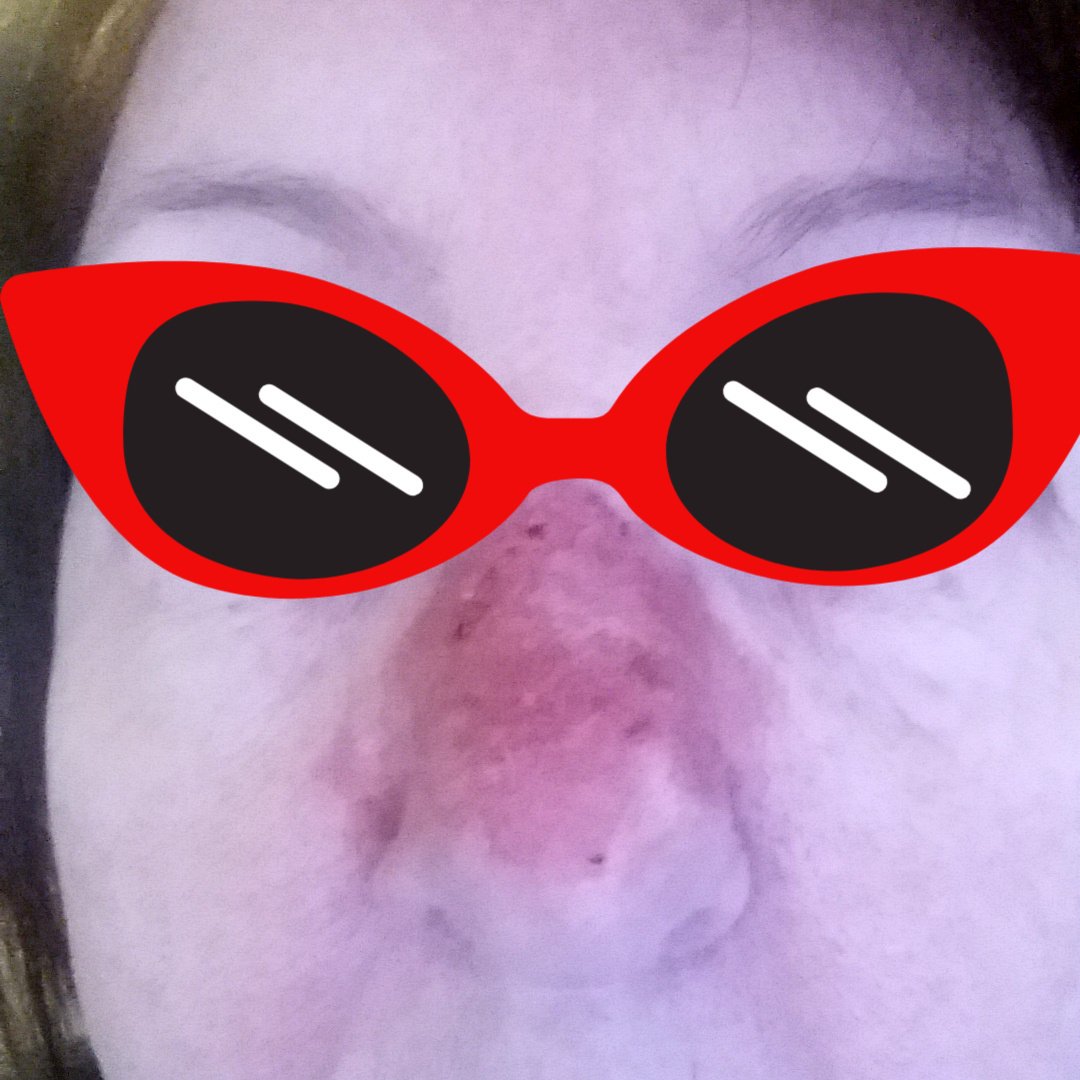 The cream continues to work after you've stopped using it, so I'm still crusty and a bit sore. I had another massive headache that just wouldn't quit. I'm really ready for it to be over at this stage lol.

I covered my eyes in this one cos I looked a ragged mess. 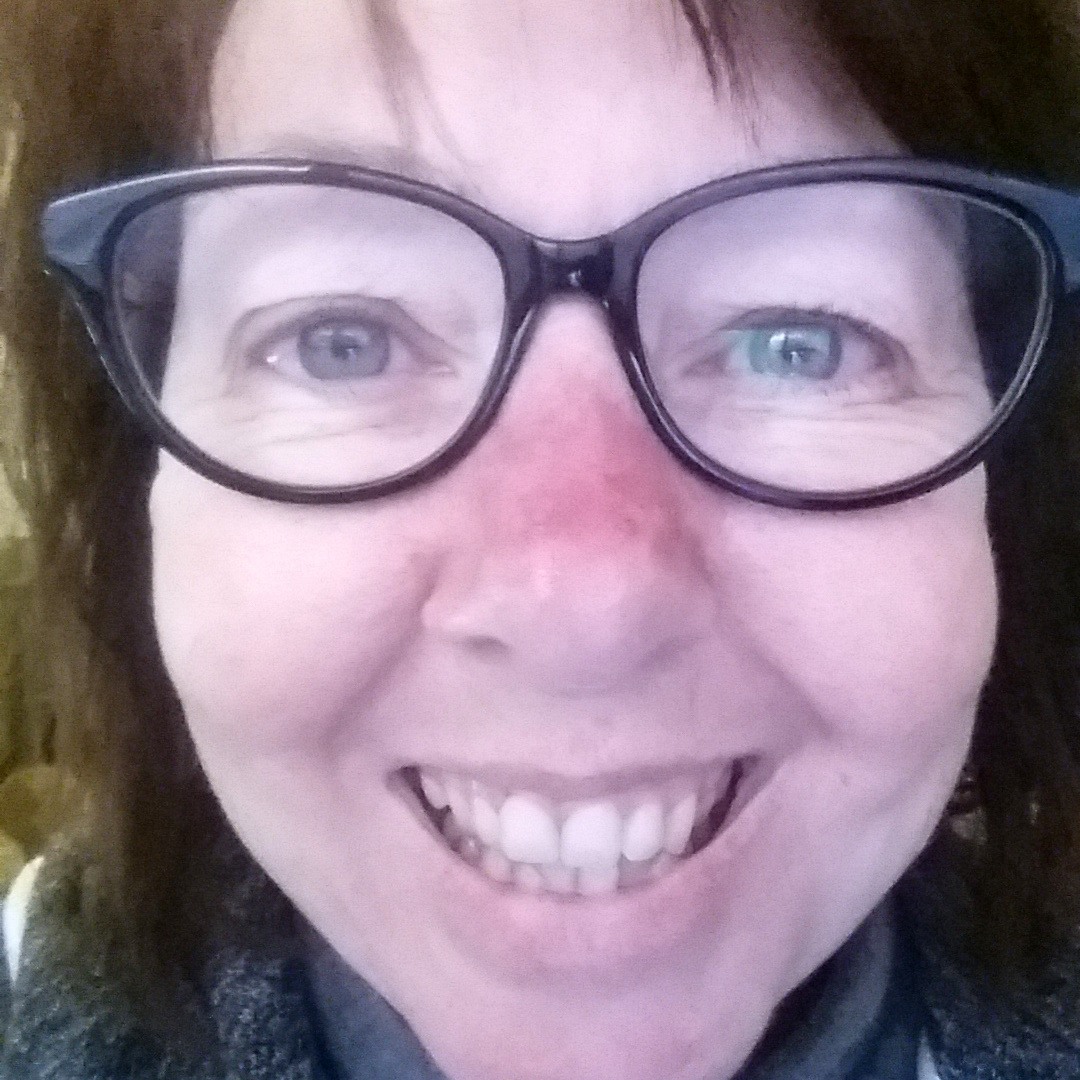 I'm HEALING! And fast. Once my skin decided it was time to stop reacting and start healing, it did it with gusto. The skin is exceptionally dry and tight but not sore at all. Lots of dry skin peeling off in the shower, so I rub (gently) with my fingertips to assist with getting rid of the dead and damaged layer.

Still keeping up with the moisturizer. I'm using QV Intensive, it's very shiny but doesn't sting and keeps the moisture in.

My glasses look HUGE in this pic! 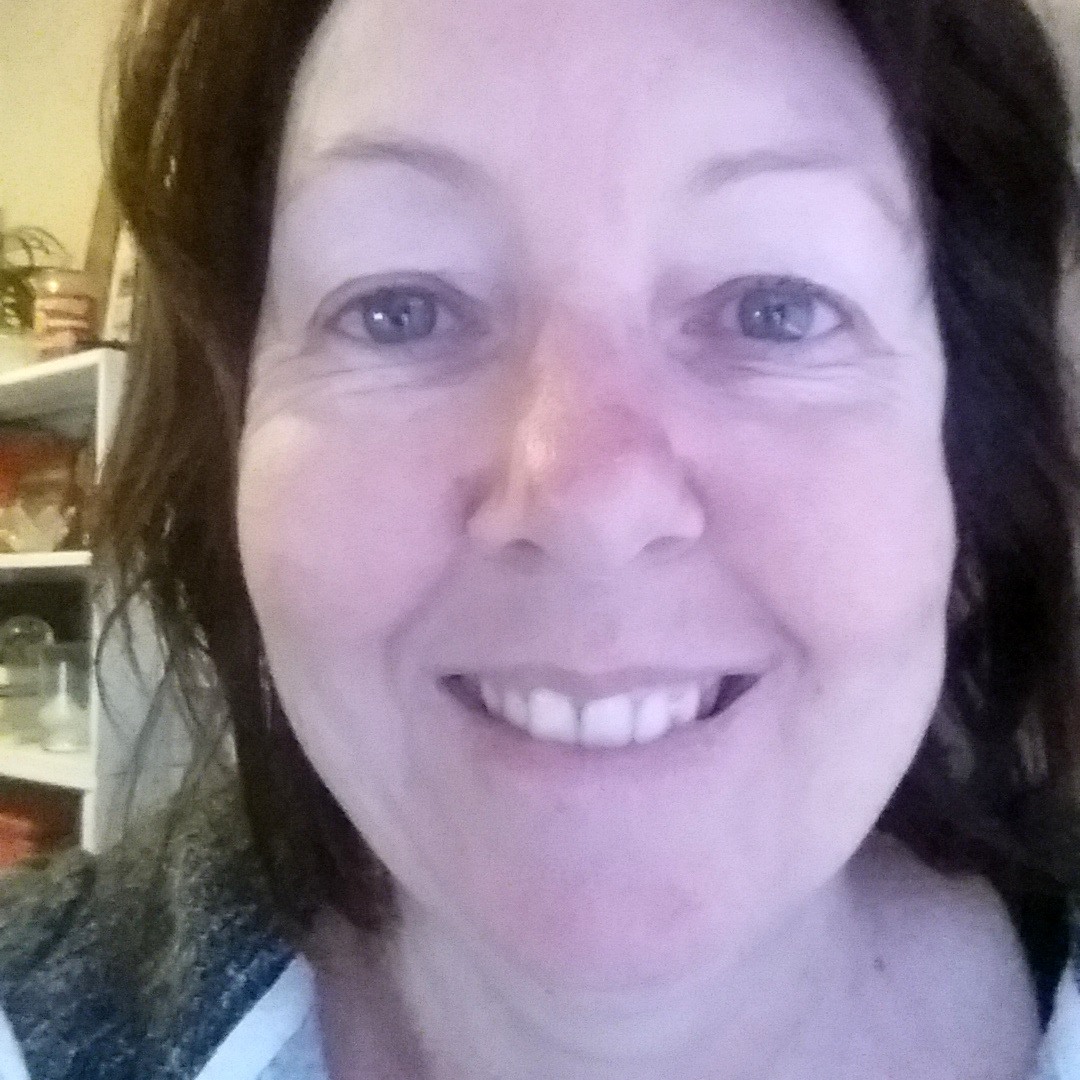 Once the healing process started it went amazingly fast! Nose is only a little pink now. I have a couple of spots that are still shedding dry/dead skin, but other than that my new skin is sooooo smooth! Bit of an extreme way to get rid of open pores/blackheads but it's a kinda nice side effect!

And that's a wrap. Thanks for looking at my tired old mug in my less than stellar no make up selfies! Vanity almost made me NOT post these pics but skin cancer is on the rise in Australia and if you don't want to have your face peeled off with a chemotherapy treatment then sunscreen, hats, and sunglasses are your friends. Slip, slop, slap, and slide peeps.

What Ghost Around preview

Witch Way Down Under Giveaway