The first thing you need to know is that I am ever so slightly obsessed with cats, books, and coffee! Not a day goes by when all three of these things don't feature in my life. You just might notice I mention these a time or two in my books!

I live in Adelaide, South Australia with my retired (read: underfoot, but he means well) husband, Maxx my ginger ninja a*hole cat, Morgan my derpy ragdoll cat (seriously, this cat will sit and stare at walls), and one very large turtle aptly named Squirt.

We inherited Morgan from my daughter who had to quickly find her a new home when she moved into a rental that didn't allow pets. We offered to babysit temporarily ... that was over eight years ago - I think Morgan is here to stay!

Quite a few years ago we'd lost our 19-year-old British Shorthair cat, Minnie, and were (for the first time) catless! After a period of mourning, I was ready to search for a new kitty to welcome into our home, but I was worried. Minnie had left a giant cat-shaped hole in my heart and I was still hurting. Was it too soon for a new cat?  Maxx didn't seem to think so.

I saw an ad on a local classified website telling the story of how Maxx, his littermates, and his Mumma, were taped into a cardboard box with no air holes and dumped into a charity clothes bin one weekend. It was pure luck the manager turned up to the store that Sunday and heard a cat meowing from the bin. Thinking it had jumped in and been unable to get back out, he unlocked the door and stood back, expecting a cat to come streaking out. Only nothing happened. That's when he went searching beneath the bags of donated clothes to discover the box at the bottom.

He bundled them into his car and took them home to his wife. Six kittens and one Mumma. All of them tiny and frail. But they nursed them to health, and all of the kittens survived. They then placed the ad to find new, loving homes for their rescues.

The moment I laid eyes on the little ginger kitten I was lost. He had no fear. He came right up and decided we were his. Maxx has been quite the handful over the years (he's nine now!), when he plays, he plays for keeps (meaning sharp claws and blood) and while he likes to put on a good front, he's really quite a softy and a bit of a scardey-cat (but don't tell him I told you that!).

And while Morgan couldn't care less about the red dot, Maxx has no such qualms and will come bolting from wherever he's napping when he hears the drawer opening. 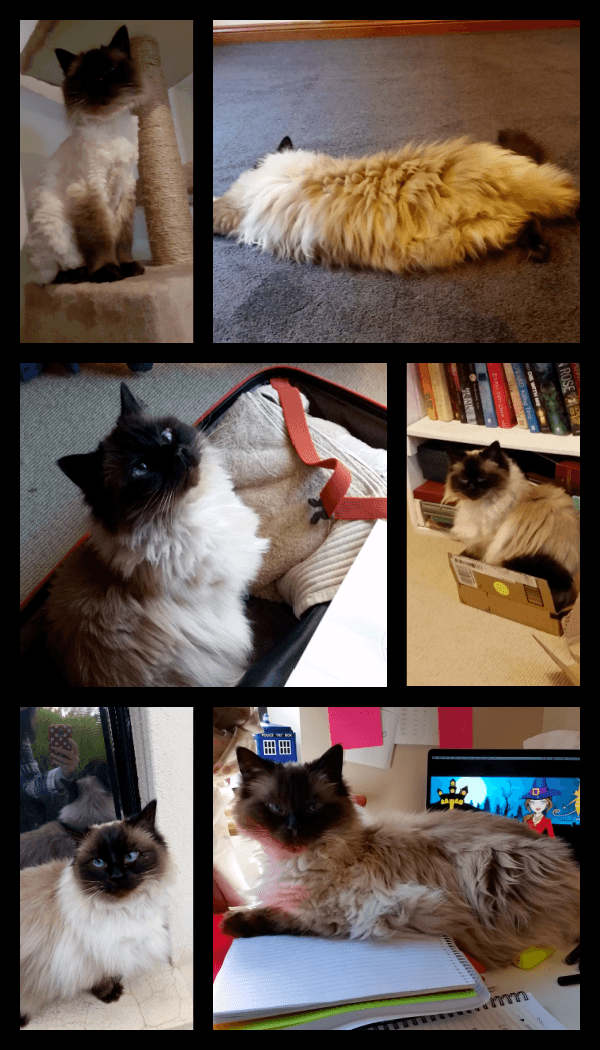 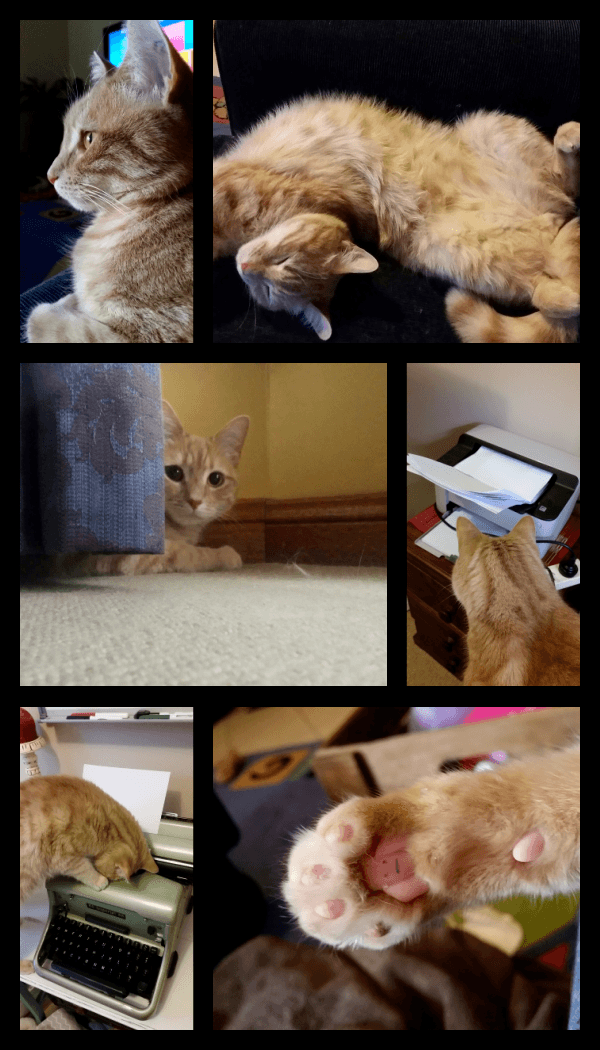